The Privacy Sandbox is the name Google has given to a suite of initiatives that will power the delivery and measurement of advertising in the future. Previously this work was focussed on their internet browser Chrome, yesterday they announced that the initiative will be coming to their Mobile OS Android & these changes will have a significant impact on mobile advertising. With tests planned for later this year let's look at what was announced and what it might mean for advertising in mobile apps.

The Privacy Sandbox is the name Google has given to a suite of initiatives that will power the delivery and measurement of online advertising when third party cookies are removed from Chrome. 2021 was a difficult year for the Privacy Sandbox, the UK competition authorities launched an investigation into whether the initiatives would be anti-competitive and progress on the solutions themselves was slower than some had hoped.

But so far 2022 has been in stark contrast to this, in January Google announced a slew of updates and some new initiatives including Topics which we’ve covered here. Then at the beginning of February the UK Competition Authority (The CMA) approved Google’s commitments that they believe will ensure that when launched the Privacy Sandbox For Chrome does not impact publishers, adtech companies or buyers negatively or lead to a competitive advantage for Google.

Google just announced the Privacy Sandbox On Android, a multi-year initiative with the goal of  introducing new, more private advertising solutions on the world's most popular mobile operating system.

Privacy Sandbox On Android will cover solutions for interest based targeting (TOPICS) remarketing (FLEDGE) and attribution and as with their Chrome counterparts seek to limit the sharing of user data with third parties and operate without cross-app identifiers, including advertising ID.

As discussed above Google made a number of public commitments for our Privacy Sandbox efforts on the web to ensure they don’t give preferential treatment to Google's ads products or websites & they have committed to applying these same principles to the Privacy Sandbox On Android. In addition they have said they will continue working with the U.K. Competition and Markets Authority, and others to ensure the solutions are not self preferencing.

As Google design, build and test solutions with partners they plan to support existing ads platform features for at least two years, including the Android Advertising ID, beyond this the future for individual identifiers looks a little uncertain.

The hope is that long term where consent exists publishers will be able to set (or access) a first party identifier in their Apps. That would be consistent with the approach taken in the Privacy Sandbox for Chrome but currently it is an unanswered question for Android. Google has said it will provide substantial notice ahead of any possible future changes.

Google plans to release developer previews over the course of the year, with their developer event called Google I/O being the most likely time for big announcements to be made. A beta is anticipated by the end of the year with tests ongoing into Q1 2023.

This announcement is not really a surprise, in fact Google said at their I/O in May 2021 that they would be sharing more on their approach in this area before the end of last year, whether the delay was due to the pandemic, the UK competition authorities investigations into the Chrome’s Sandbox, or something else is unknown. But  what many anticipated is now official and the exciting work begins.

From an operational perspective DPG Media will continue to liaise directly with Google and our advertising partners to evaluate all Privacy Sandbox for Apps whilst doubling down to the consented collection of first party data, which has fewer privacy issues than third party data, works across all browsers / devices / operating systems and maintains greater levels of addressability than other solutions. 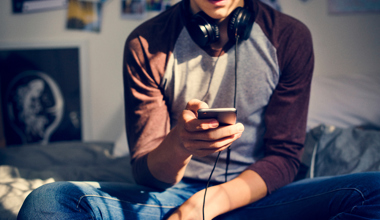